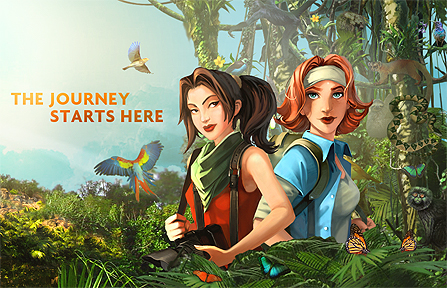 Join the globe-trotting adventures of a team of wildlife experts as you create and nurture your own wildlife preserve around the iconic “Tree of Life” in the new Facebook game, “Disney Animal Kingdom Explorers,” the first social game inspired by Disney’s Animal Kingdom Park..

From the creators of “Gardens of Time,” (Winner of Best Social Network Game at GDC Online 2011), “Wild Ones” and “City of Wonder” comes a new social gaming experience by Disney Social Games that has you traveling around the world with the Global Wildlife Research team to search for hidden objects in spectacular natural settings from the Rocky Mountains, to the Amazon Rainforest, to the Australian Outback. Two of the game’s early locations will be particularly familiar to Disney Insiders, as Harambe and Anandapur draw inspiration directly from Disney’s Animal Kingdom Park.

Throughout the game, players will discover a wide variety of animals in their natural settings, explore exotic locations around the world, and design and nurture their very own wildlife preserve.

Disney Insider was lucky enough to chat with “Disney Animal Kingdom Explorers” Game Designer, Katherine James, who shared some insight into the game, and some exclusive artwork, including a digital rendering below of a game scene that has yet to be released. 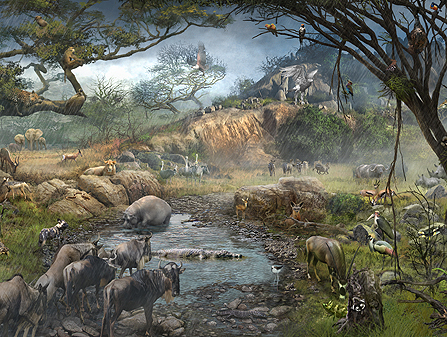 Digital rendering of a game scene that has yet to be released.

What is the concept of the “Disney Animal Kingdom Explorers” Facebook game?
“Disney Animal Kingdom Explorers” is a hidden object game that empowers players to discover wild animals in their natural habitats while creating and nurturing their very own wildlife preserve. Players become the newest member of the Global Wildlife Research team, an amazing group of individuals who strive to protect animals and promote conservation efforts around the world.

What is your role in creating the game?
As one of the team’s game designers, I am responsible for designing characters and writing the story that players experience in the game, as well as designing new gameplay mechanics. I also assist my teammates in researching the locations and animals that go into the game. 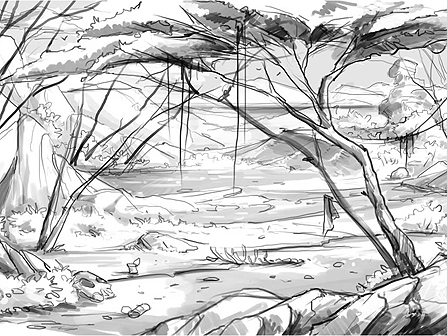 As part of the game you will be traveling around the world, what types of skills will you need to be part of the Global Wildlife team?
Members of GWR have to have a sharp eye to spot all the animals in the different locales we travel to. But don’t worry: if your animal know-how is a bit rusty, I guarantee you will be an expert fauna-finder in no time! I say this from experience; I am amazed by how much knowledge I’ve gained just by playing the game!

What are some of the locations that you will be traveling to on your journey?
Two of the early locations we travel to are actually inspired by the Disney Animal Kingdom park: Harambe and Anandapur. But through the course of the game, players will travel to all corners of the globe, including Alaska, Australia, and the Amazon. Players will even have the chance to traverse the ocean floor! 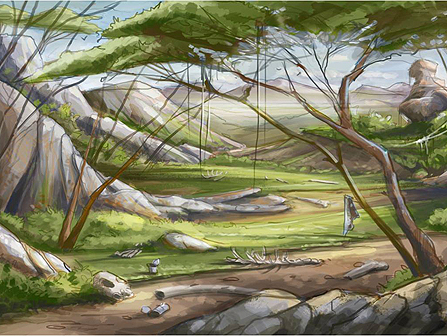 You can build your very own wildlife preserve around the Tree of Life, besides animals, what else can you place on your preserve?
Animals are definitely the stars of your preserve, but you can also place plants that would normally be found in the same regions as the animals. Additionally, there is a selection of man-made structures, such as a Maasai hut, which you can place in your preserve.

But, the more animals you find and faster, the better your wildlife preserve will be, right?
It is true that accuracy and speed will earn you more points in the hidden object scenes, awarding you more silver to spend on animals and plants for your preserve. Players will be able to customize their preserve in many different ways, and playing the scenes more will unlock more items in the shop for them to choose from.

Can you just place your animals anywhere on your preserve?
There are very few restrictions on where a player can place animals. For instance, you have to place salmon in water, and the game discourages players from parking a gazelle right next to the lion habitat (for obvious reasons). But, players will find that they have a ton of freedom in designing their preserve however they want. You can even decide where you want to place new expansions to grow your preserve.

Since this is a Facebook game, can you invite friends to play and share your accomplishments?
Absolutely! Playing with friends is definitely the best way to experience all the fun features “Disney Animal Kingdom Explorers” has to offer. By adding your Facebook friends as neighbors in the game, you can visit their preserves to see all the cool animals they have, leave them a gift, and challenge them to a friendly game of spot-the-animal in one of the game scenes. You can also help your friends improve their preserve by lending them a hand in building an animal habitat, or by sending them gifts. 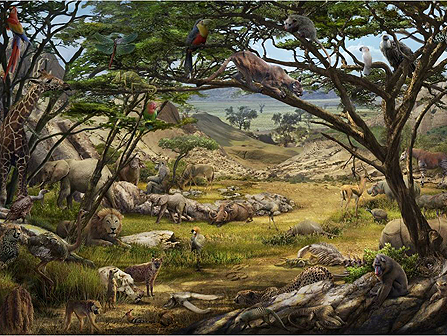 Learn more about the game by checking out our “Disney Animal Kingdom Explorers” Photo Gallery, including digital renderings, sketches and in-game screenshots.