Comfy sneakers, sunscreen, and jackets (for chilly nights) are must-haves, but before heading to Disneyland and Walt Disney World Resorts, you can learn the ropes from experienced Theme Park-goers – especially for first-time visits. In order to experience the plethora of parades, rides, and attractions, serious enthusiasts realize the importance of having a game plan to cover more ground – and that’s where we come in. From the Disney FASTPASS® to fast food, we’ve culled tips from fans who know Disney Parks like the back of their Mickey ears.

Shhhh … Fantasyland attractions might be less crowded during the afternoon parade at both the Magic Kingdom and Disneyland Resort. Speed demons can catch thrills quicker via the Single Rider Line (on select attractions at the Disneyland Resort) and may stay dryer on Splash Mountain by riding in the back row. Overheating? The Haunted Mansion gives Guests 12 air-conditioned minutes to chill. 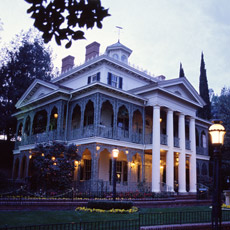 Learn Disney’s FASTPASS service to help bypass some crowds. Arrive early for FASTPASS tickets to select attractions. See when you’re able to visit your next FASTPASS kiosk. (Times vary seasonally from one to several hours.) At the specified time, grab another FASTPASS ticket for your second ride, then return to ride the first. Depending on rides selected and time of day, this system helps minimize wait times. Use FASTPASS tickets only on rides with a 20-plus minute line, then wait for those with shorter lines in between FASTPASS times.

Celebrating a birthday or other special event? Ask for a “celebration button” from Guest Relations (City Hall) or the Main Street Information Booth. You may even be able to receive a birthday call from Goofy! (Disneyland Resort) 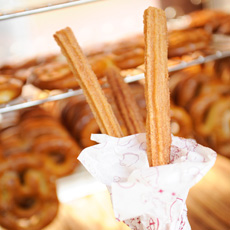 Royal watchers will find their favorite Princesses at the Disney Princess Fantasy Faire near the Mickey’s Toontown entrance (Disneyland Park) – try getting a jump on the crowds by arriving at least 15 minutes before opening. For free-wheelin’ fun, visit Lightning McQueen and Mater in Cars Land (Disney California Adventure Park).

Diners at Disney’s California Grill (located on the Contemporary Hotel rooftop) have a ringside seat for watching Magic Kingdom fireworks (Walt Disney World Resort), or try settling in near the Partners’ statue. If more than one parade or show is scheduled, the second is usually less likely to be as crowded.

Sneak away to Paradise Pier (Disney California Adventure Park) for a bite to eat and re-energize. Getting weary? Jump on the Disneyland Railroad (Disneyland Resort) or Magic Kingdom train (Walt Disney World Resort) to kick back, relax, and soak up Disney nostalgia – kids love it! (At Disneyland Resort, Guests can ride in the Lilly Belle, a parlor car Walt made for his wife, Lillian … just ask a Cast Member!)

Don’t want to lug souvenirs around? Most Walt Disney World stores will send packages to the front of each Park for later pick-up. Don’t worry if phone or camera batteries die – Guest Relations (City Hall) has universal chargers to charge it for you.

Disneyland Park Guests can listen to conversations from the 1900s on party line phones in the Market House (across the street from Carnation Café). Imagineers placed Hidden Mickeys on every attraction so keep your eyes peeled!

Unique topiaries and a “faux” pet cemetery reside on the right side of the Haunted Mansion (Disneyland Park) – it’s often overlooked as the queue snakes around the attraction’s left side. Trade any pin with Cast Members as long as they don’t have the same one on their lanyard.

Now that summer’s here, these tips will help make the most of every magical moment!